Buying an Election - Affecting Us All

Spending on this year's election is already almost double than that of the 2008 election and projected to be 30 times more than 2008 by November 6th. All thanks to the Citizen's United ruling by the supreme court which gave corporations the ability to spend, and donate unlimited funds (and anonymously). So not only will this be unprecedented spending, but we won't know where the money is coming from. A double whammy. Regardless if you're Republican or Democrat, this effects us both in a very bad way. 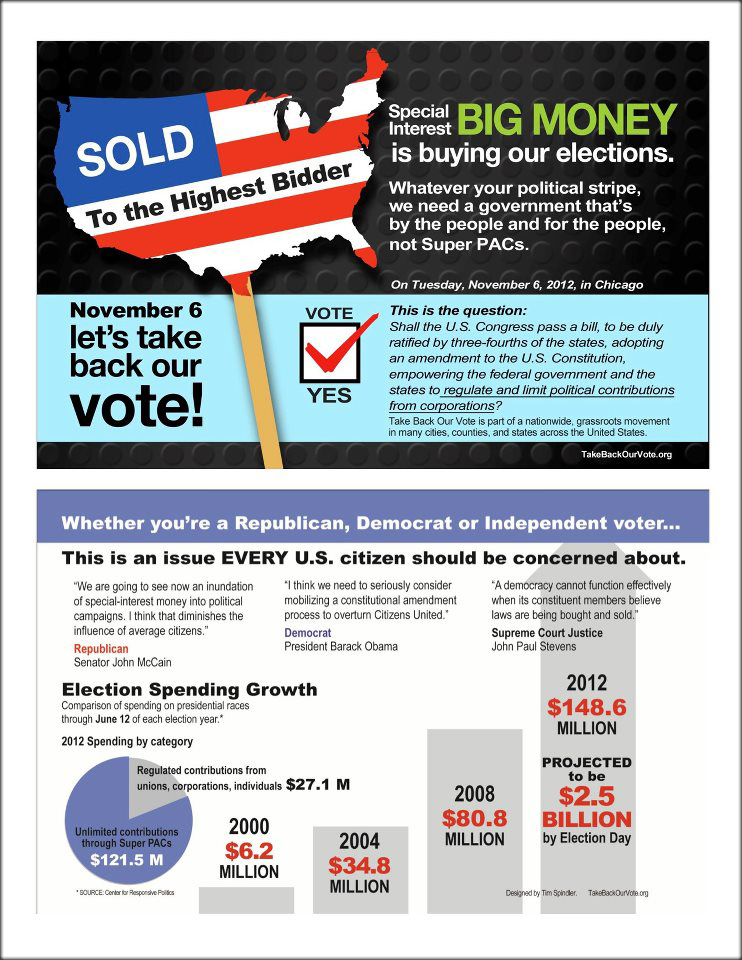